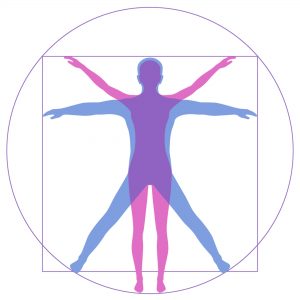 But in our meetings during the IPO – as in most business meetings – time and again, facts and data received significantly more credence than information from our “guts.” There were times when I felt in my gut that our direction or strategy was not quite right, but I didn’t dare trust that feeling, or intuition, as some call it.

Today, however, I trust it – and often. Why? Neuroscience shows us that ignoring our gut is folly, and that BQ – a subset of emotional intelligence or EQ – gives us a huge competitive advantage.  While IQ is the ticket to entry for any leader, BQ is what sets a leader apart.

So how does BQ then set you, the leader and your team apart?

It turns out, the brain does not have a monopoly on intelligence.  Rather, intelligence comes from several regions in our body, one of the most significant being our stomach (the heart is also a key player, but that’s for another article).

Often referred to as our “2nd” brain, the stomach like the brain has plenty of neurons – 500 million of them to be exact – and is fully equipped to think on its own.  These brains are connected by a “superhighway” of sorts, which consists of an extensive network of chemicals, hormones and neurons that constantly transmit information and provide feedback.

In fact, sometimes the gut gives the brain orders rather than taking them. Those orders influence what science calls “behaviors,” one of which is decision-making.

The Advantage of Speed

In business decisions, it’s a “no brainer” that speed can be a huge advantage. Wouldn’t it be helpful if while in a high-stakes meeting you could get information delivered to you faster than through the usual method of your “head brain?” This phenomena is sometimes called “physiologic presignaling.” It’s something that helps successful Formula 1 drivers, and those who excel at poker or other games of “chance.”

To understand this better, let’s look at a well-known scientific study conducted at the University of Iowa. Called the Iowa Gambling Task, the study had participants look at four decks of cards.  Each card in those four decks would either win or cost money when pulled.  Some of the decks were rigged.  The question was how long would it take participants to figure this out?

Here’s what happened:  It took 80 cards pulls for participants to explain the game, i.e. that two of the decks were better and two were worse.  After 50 cards, participants had expressed a “hunch,” a feeling that they “liked” two of the decks more than the other two.  But here’s where it got interesting: it was after pulling only 10 to 30 cards that they had their very first inkling that something might be rigged – and they started to favor the winning deck even though when asked they didn’t give any indication that they were consciously aware of the nature of the game or their shifting behavior.

How could scientists tell what was happening at this early stage in the pulling of cards? They had hooked each gambler up to a polygraph machine Commonly used as a lie detector, this machine measures the activity of the sweat glands below the skin in the palm of our hands. Most sweat glands respond to temperature, but those in our palms open up in response to stress – which is why we get clammy hands when nervous.

The take away: participants had a physiological experience before they were consciously aware of it – and it affected their behavior before they could make sense of it.  Conscious decision-making involving the prefrontal cortex of the brain is a slower more ponderous thinking route. In contrast, the ‘gut’ response is transmitted very fast at a subconscious level that we “feel” as a physiological response.  The gut is in fact faster than your mind.

There’s another scenario where paying attention to your body could provide a significant advantage during a high-stakes meeting.

Ever find yourself triggered by something said in one of those meetings? Chances are that more than once, you’ve lost focus, or worse, you’ve said or done something you regret.  Commonly known as the “flight, fight or freeze” response, it’s a normal reaction to feeling threatened – even if the threat is not rational. Here’s where paying attention to the body matters again. It gives you warning signs.

Our bodies begin to react to a threat even before we are consciously aware of what it might be. Why? Because when faced with danger every millisecond counts.

Here’s how it works, in simplified form (description courtesy of SuttaClass):

It’s a process that has existed for millions of years and is known as the fight, flight – and sometimes, freeze – response.

This same process happens whether in the jungle facing a tiger, or in the boardroom facing someone who has said or done something that feels like a threat.

How attuned are you to when your heart rate suddenly spikes, your neck or throat tenses, your breathing gets shallow, your stomach has “butterflies,” or your hands get sweaty?

The earlier you pick up on those body clues, the faster you can counter your amygdala “hijack,” as it’s often called.  With some training, you can then learn how to “self-regulate” and chose a different, and hopefully wiser action or response – something other than “fighting, fleeing or freezing.” You get to then bring your focus back to real issue at hand in that meeting. You get to stay calm and clear-headed. You get a competitive advantage.

Granted, paying attention to your body in this very subtle new way, is easier said than done. But as with anything new, practice builds competence.

To train your “head brain” to listen to the intelligence of your “body brain,” I recommend a few practices.  They may sound a bit simplistic and “odd” for some of us very “heady” business types, but part of being a successful leader requires just such openness to the new and different.

And for those of us – including myself – who still like to have “data points” to convince us to take on a new behavior, there’s now a significant amount of scientific research backing the efficacy of what I propose below – not to mention, feedback from my own clients around its effectiveness.

If you are very “removed” from your body, pick one body part and focus on it 3 times a day for just a few seconds.

How will you remember in to this in your busy schedule? Put it in your calendar and it will pop us as a reminder.

Or use an “anchor.” Pick something you do regularly, and decide that right after doing it, you will focus a part of your body. It could be as simple as deciding that after every time you wash your hands, you will spend a few seconds noticing how they feel as you dry them.  Washing your hands is the “anchor.”

Over time, experiment by shifting your attention to various different parts of your body: stomach, chest, throat, feet, jaw, etc.

This is a kind of practice where you pay attention to – or as many say today are “mindful of” your entire body over period of time.

The practice can last as short as 5 minutes or as long as 20 to 30 minutes.

You can learn to scan your body after a bit of practice, but to start, I’d recommend either using a live coach to guide you or listening to recorded guides, many of whom can be accessed via mindfulness apps. Two that I most frequently refer for leaders are Headspace and Whil.

All my education – including a time at Stanford, and later as a national business journalist and then as an executive – focused on building my IQ or intellect. My “brain muscle” was strong.  Ironically, my “body muscle” or BQ, was shall we say, on the “flabby” side during those years.

And as a woman leader – usually the only one on a team – this was even more pronounced. For many women in my generation, our strategy to get into leadership roles and then move up to the executive suite or into the boardroom was to become “one of the boys.”  And that meant ignoring your body completely.

If you had asked me what I felt in my body when I was in a tough meeting – for an IPO or otherwise – I would have drawn a blank.

My counsel to today’s leaders – women and men:  Intelligence comes in many forms.  Listen to all of your “brains’ – and you’ll have that competitive advantage.

Marie-Jeanne Juilland is a consultant, executive and team coach, who designs and facilitates innovative – and highly effective – mindfulness and emotional intelligence programs, including Search Inside Yourself, the brain-based leadership program developed at Google. She also leads high-output, “mindful” offsites and strategy sessions for teams. Clients include Uber, Wells Fargo, Canadian Consulate, and Stanford University, among others.