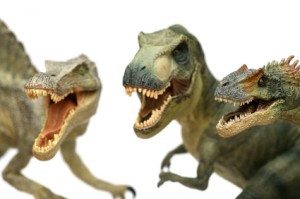 Have a bit of this juicy offering from Carole! Read her whole story in Scrappy Women in Business, then put some cucumber slices on your eyes and relax! – Kimberly

Have you ever noticed that chasing your dreams just makes them retreat? Sometimes stalking them creates the opposite of the result we’re seeking. But, just like that proverbial butterfly, happiness will frequently land on your shoulder while you’re otherwise occupied. One day I suddenly, I realized that my ideal life was taking shape before my very eyes. I currently have a great job at an exciting, fun startup in Los Altos, California. I bought a townhouse in nearby Mountain View in February, while keeping the New York house near my family in Rochester. And I have good friends in Germany and the UK that I visit occasionally. This is my beautiful life. How did I get here? It seemed to all appear while I wasn’t paying attention. How did I do that? It turns out, I was Scrappy through and through.

You’ll Put Your Eye Out!

A lot of people along the way told me what I shouldn’t or couldn’t do, starting with how I shouldn’t consider a career in engineering. Maybe they were just kidding around with me, but this was the 1970’s, and I took it seriously. “Girls can’t be engineers!” exclaimed one family friend. This prompted an immediate response of, “Ohkaaay … that’s precisely what I’ll do then!” There were six women in our university class of 120 electrical engineering students. The guys treated us as if we were from another planet—possibly friendly, but they’d seen the movie Aliens. Best not get too close, just in case we intended to use their bodies as hosts for some creature that might pop right through their chests in the middle of an exam. The professors were even-handed. One was a jerk to everyone equally. As for the rest, there was no evidence of any repressive sexism, at least none that I was aware of. Maybe I was just too young and naïve to notice, but none of the other women seemed to have any problems, so I’m at least living under the illusion that there just weren’t any.

My first real job out of college was at GE Aerospace and Electronics Systems Division (AESD). I was hired into the QA group, courtesy of GE’s focus on diversity. Court-mandated focus, I believe—thank you, very much. I learned a lot on that job. GE AESD in the early ’80s was a weird space-time coordinate to inhabit. The ’70s had been a hard time for the aerospace industry, and they had laid off a lot of people, mostly their junior people. In the early ’80s, as business picked up, they started hiring right out of college, so there were a hundred or so college grads in their early 20s working with a bunch of men in their 40s and 50s. This bimodal population of employees was more than a little awkward in this extremely conservative industry in this tiny little industrial town in upstate New York. The attitude in the QA group was very much like that I’d encountered during my summer work at Delco, while I was in college: “Just do yer job. Of course you hate the company and the bosses, but you’ll work all yer life here until you retire, then die pretty quickly because you’re not useful anymore. Don’t cause a fuss. Don’t speak up. And don’t work too hard—you’ll make the rest of us look bad.”

Bleeaach!!! Welcome to my nightmare! It seemed like I was walking among dinosaurs. The attitude was defeatist, pessimistic, grim, and drained the life right out of any living creature that tried to cross through this “Wall of No.” I wanted no part of it. (And this was before I’d been exposed to anything like the Law of Attraction or the most current quantum physics theories on so-called reality.) So, in spite of being told by one such psychic vampire, “You can’t move into the software group out of QA!” I interviewed for a position in the software group and got it. Of course, the QA group expected me to turn it down because it just wasn’t done—to move out or move up, that is. Hah! Out I went like a shot! Scrappy can mean resisting the prevailing attitude. And resist I did.

Fast Forward About a Million Years

In 2008 I took a job that challenges all my Scrappy skills at a very fast-growing startup. This time I have taken on challenges and delivered on projects unlike anything I have done before—at lightning speed. It’s absolutely thrilling, and so much fun. At this point in my life, any resistance or Wall of No that I face is primarily generated by me. My family now admires what I’ve done, rather than cautioning me on my choices. So many friends and former coworkers have also started their own businesses—whether a sole proprietorship or a venture-funded startup. As a result, I’ve surrounded myself with people who believe in creating their own lives and agree that the life they get is largely a result of their behaviors and attitudes. Boundaries that I encounter now are my own internal limitations, and I have some well-proven techniques for overcoming such self-induced limitations, some of which I’ve shared with you here. Scrappy can mean understanding yourself well enough to catch one of those self-limiting beliefs as they fly through your brain, and dismiss it as just a thought, not the truth.

All told, I have not acted, or even felt, Scrappy all the time. I have sometimes agonized, or waffled, or dragged myself kicking and screaming through a change. But looking back at what I’ve done, what I’ve been through, what I’ve accomplished, I’m proud of myself. And that, my friends, may be the Scrappiest achievement of all.