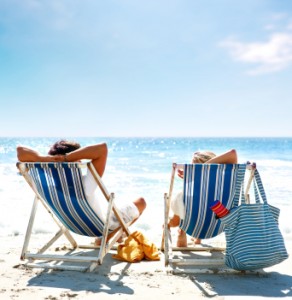 Sip some of Nathalie’s chapter here, and enjoy a whole glassful of her adventures in the Scrappy Women in Business book. Bottoms up! – Kimberly

Coming to the USA from Europe—the Netherlands specifically—it was a no brainer for me to start my own business in my new home country. Being an entrepreneur in the USA is far less risky than starting a Dutch business. (Perhaps that’s one of the secrets to the past economic success of the USA? It sure isn’t due to easy-to-understand tax laws!) I looked into starting a consulting business back in the Netherlands, but the mountains of paperwork and stringent requirements kept me from following through with it. For starters, you need the equivalent of $125,000 in the bank to simply be able to launch your business. On top of that, there is no protection from personal liability for professional failure; any business failure will affect your personal wealth as long as you own the majority of the company. Being a small business owner means there is no way to avoid personal liability in the event of your professional demise. It would have been easier to run for political office and change the laws than to start my business, but by the time I finished investigating the options I had no interest in either—at least in Holland.

You can imagine my surprise when I checked into starting a business in the USA. I explored the different structures on the internet, and even went to the Small Business Administration for information. When I realized that “limited liability” really means that only the money in the company is at risk, my disbelief was mind numbing. “Are you sure?” I asked over and over again. Wow! The USA really is the land of opportunity. I started my business immediately.

Security is an Illusion

When I first moved to the USA, my well-intentioned HR manager, Ernie—a real sweetheart—did his very best to explain the concept of “at will” employment to me. It was a foreign concept to me, coming from a country where there is (or at least there was last time I checked) a two-month resignation period starting the first day of the month after you handover your resignation letter. Let me explain: If I decide to quit my job on June 5, I am legally required to stay on the job until August 31. My conversation with Ernie went something like this: “So you mean, if I wake up in the morning and decide that I no longer want to work here, I can just call in and quit? And that’s it? I don’t even have to get out of my pajamas?” “Yup!” he replied. “And it works the other way around, too. In the ‘at will’ system, if your manager decides there is no longer a need for you, you can be instantly shown the door.” I thought this was extremely bizarre, but liberating in a way.

Once I finally understood the “at will” system, I found it confusing when my friends with “real” jobs said things like, “Oh, consulting is not for me because there are too many uncertainties.” Really? Let’s do some risk analysis here. (My apologies, having been a project management consultant for almost 10 years, it’s an occupational habit.)

I have my own health insurance, my own liability insurance, and my own pension fund, so with or without a consulting gig I am covered. True, all of this costs money, but on a monthly basis, it’s not breaking the bank.

My employed friends can be laid off at any time, at which point they could be without health care, and have a lapse in pension funding. The health care issue in particular carries a very high risk if my friend happens to fall ill at the wrong time. To resolve that lack of coverage, they have some very expensive solutions that bridge gaps in coverage for people between jobs. (Or at least that’s the way it works as of this writing. Who knows what will happen, as I’m writing this during the huge debate on health care reform.)

All of this seems to have the potential of being way more expensive than my monthly overhead. Maybe it’s just me, but being employed sounds like a much more uncertain situation.

Working for Nothing Pays!

Finally, after eight months (yes, eight!), I got another consulting gig based on the reputation I built while volunteering for one of the professional development associations I had joined. They reasoned that if I delivered this kind of quality work and was this driven for no money, then I would be even more excellent if they paid me. Of course, sitting on the bench for so long, aside from giving me a sore butt and depleting my finances, had also made me gun-shy. As many of you in the consulting world know, it is hard to maintain the pipeline of future business while you are actively working on a current engagement. I was determined to never be on the bench again for such a long period so I promised myself that I’d make sure my next gig started the moment the current one ended.

Fast forward five years and it suddenly struck me that, outside of family visits to the Netherlands, I had not had a real vacation. (And I can assure you that those family visits are quite the opposite of a vacation. I desperately need a vacation after one.) Before moving to the United States I was used to the European tradition of three to four weeks of vacation a year, which I generally spent backpacking through some part of the world. Dropping down to nothing at all was quite a shock! I had seriously neglected one of my biggest passions because I was too afraid to be without a consulting engagement again after that long dry spell.

I love to travel! It gives me the opportunity to experience other cultures and meet people from around the world. I personally believe that being immersed in foreign cultures provides you with a reality check of your own perspective on life and the world around you. I have had some of the most eye-opening experiences while traveling abroad. One example that stands out was my trip to Tibet in 1998. When I left my job with KLM (Royal Dutch Airlines) I had over 40+ vacation days outstanding, so I was able to wave goodbye immediately after handing in my resignation and handing off to my replacement, instead of spending the mandatory two months with the company after resignation.

I used the first month off to find a new position, and spent the other traveling through Tibet. Since then I’ve traveled to many other places during the breaks between my consulting engagements, including diving with endangered sharks to support conservation efforts. Got a break in your career? It happens! Join the club! But don’t sweat it—celebrate! Take my word for it, it’s worth it. Don’t sweat the downtime (or small stuff either, for that matter). Take control of your life and take action!