Quote: Don’t carry your mistakes around with you instead place them under your feet  and use them as stepping stones to RISE above them. 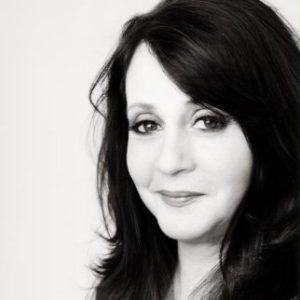 My name is Pam Turkin.  I am a mom, a wife, a daughter, a baker and admittedly, a serial entrepreneur.  For as long as I can remember I was always doing something.  There were studded gloves and children’s phone books and Forrest Gump T-shirts to name a few.  Most of these early businesses kept me busy enough to stay at home with my kids. That was always my goal.  I never was trying to create anything more than a bit of extra income for my family.

When my kids were very young, my first marriage fell apart and I found myself the sole supporter of my family.  I did what I had to do and went to work.  Though it was hard for a single mom, I relished the opportunity to be involved in a growing company where there was opportunity everywhere.  I joined the marketing team and learned quickly that I had found a place for my creativity to shine. I learned all that one could learn about the marketing of a successful brand and I also found the love of my life, Todd, while at that company.

Through my career I worked with many brands: Ralph Lauren, Caterpillar, M&M MARS and Nike, to name a few.  I was always intrigued by the power of a name and what it could mean to individuals.  I traveled extensively, working with many big box retailers and listened to their challenges.  During this time I also began to notice the “cupcake craze” starting on each coast of our country.  I would travel home to Detroit on the weekends and tell the tale of the endless lines at places like “Sprinkles” and “Magnolia Bakery”.

HOW COULD SUCH A LITTLE GEM MAKE SUCH A BIG SPLASH IN THE FOOD WORLD?
My curiosity morphed into action, and I decided that Detroit needed a “gem of their own.” Just Baked was born.  I spent a year crafting recipes and testing them on my five teenage children and their army of friends, and when this hobby became a business I knew I was on to something special.

The next 7 years were a whirlwind of great adventure as we grew from one small cupcake shop to nearly 20.  There were investors and partners that advised us to take the business in directions I never dreamed it would go. It grew quickly and with great momentum and enthusiasm, as we cemented our place in the bakery world.

Looking back, I can now see that the company was growing at warp speed and somewhere along the way, I lost myself. I lost my direction and let the business wander from the core goals that it had been started with.  And true to many businesses that lose their way, it all came crashing down in an instant.

LET ME TELL YOU ABOUT JANUARY 5, 2015.
It started like the many days leading up to our demise: with fear and apprehension. I had taken a few days to go visit my mother out of town and hopefully clear my head to allow the next course of action to become clear to me.  But on this morning it would be different. My oldest son called, with tears in his voice and told me of my partners’ decision: “they closed the business mom,” he said, “it’s over.”  Though I heard the words I could not process what I had heard. How could that be? My partners had pulled their funding during a major expansion, without warning or explanation. I was devastated. Without warning or financial backing, we were now on our own trying to figure out how to save the jobs of dozens of people who depended on Just Baked to feed their families.

I spent a good deal of 2015, as I like to say, “Laying on my bathroom floor”.  I went over what had happened like a bad horror movie on loop, always ending up in a wounded place I couldn’t seem to shake.  There were calls from interested employers, new business opportunities but I was not able to see past the wounds that were still there.  I listened, but knew I wasn’t able to accept any of the kind words that people tried to motivate me with.

I do remember one phone interview in which the owner of a very large local business on the other phone said these words.  “Pam, you are not done yet.  This last business prepared you for the next BIG adventure.  You still have greatness in you.  I am not going to hire you, go figure out what’s next.”  At the time I thought he was crazy.  I would NEVER do this again!  But looking back on that call, I heard those words often over the year as a kind and gentle reminder that I would be OK again.

And then the impossible happened. I was on a call with one of my oldest and dearest friends who was “stuck” in her life. As I had done often before, I began to brainstorm with her about all the opportunities she had at her disposal to go out and create a business for herself. And just like that, I began to dream again.  Not about her new business, but about one I had been contemplating.  I had been thinking about a new idea but had given up on myself to properly execute it. However, in this moment it all came pouring out of me like a bathtub that had hit the top and couldn’t help but spill out on the floor.  I did my research and realized my idea was solid.  I left my comfort zone and shared my idea with a few trusted mentors, who encouraged me to get up and move on.

SO HERE IS THE PART WHERE WE ALL CAN STAND AND CHEER.
I would like to introduce Rise Baking.

Rise Baking is a monthly baking subscription service that ships premium ingredients with original recipes directly to your door. The process is simple. Each month you will choose recipes that suit your taste. Then, your shipment will arrive fully stocked with pre-measured and color coded ingredients making the baking process simple.

Rise Baking is a new business that I collaborated on.  I have taken all of my baking skills, knowledge and love of real food, and created a program that will allow any home baker to rival a professional one.   I am very proud of Rise Baking for many reasons, but mostly because it shows that anyone can pick themselves up, dust themselves off and start over again.  I had many kind local entrepreneurs who encouraged and helped me develop Rise Baking as well as encouraged me to believe in myself and get back up again. I plan to do that BOLDLY.

Everyone makes mistakes, and though I’ve made many, I have learned a lot.  I hope my story continues to motivate all the entrepreneurs, dreamers and doers out there to remain positive and to create your story the way it CAN and SHOULD be.

Anyone can “RISE” again even after the most difficult of circumstance and I plan to do just that!

ABOUT THE AUTHOR:
Pam Turkin, Chief Baking Officer of Rise Baking (http://www.risebaking.com).  I am a 54 year old women who has built a successful cupcake retail brand to 20 locations.  In 2015, I lost my business overnight when my partners pulled their funding during a major expansion.  It took me many months to pick myself up but I did!

I created Rise Baking.  Rise Baking is a monthly baking subscription service that ships premium ingredients with original recipes directly to your door. The process is simple. Each month you will choose recipes that suit your taste. Then, your shipment will arrive fully stocked with pre-measured and color coded ingredients making the baking process simple!