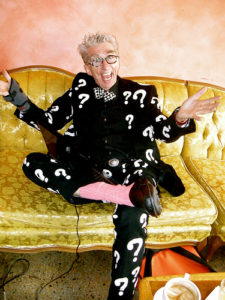 My friend’s been doing workshops for some globally known fashion brands recently, so I became interested in what’s happening in the world of fashion. This guest post surveys the fashion industry from an investment standpoint. Enjoy! – Kimberly

In a world of fashion, there is no doubt that there are some names which have been able to make a big difference when compared to others. They have perhaps done something extra which has helped them to move one level up as far as the market, customer acceptance, revenue and other such factors are concerned. Hence, it would be interesting to find out more about a few fashion brands which have done exceedingly well as far as the year 2016 is concerned. They could set the benchmarks not only for this year but also for the next few years.

Nike – Known particular for their footwear, over the years they have become synonymous with fashion and they have branched out much beyond footwear. They have some of the most amazing collections of fashion materials including T-shirts, shorts, socks, sweatshirts and much more. They have been able to make a big difference to the world of fashion in more ways than one. With a turnover of around USD 30 billion it certainly is a big name to reckon with. This is the perhaps the reason why it makes sense to invest in the share of Nike.

Levis – Whenever we talk about jeans and other such modern and trendy dresses, there is no doubt that the name of Levis always comes to your mind. Though expensive when compared to other local and even contemporary brands, it makes sense to buy these dresses because of superior quality. This has resulted in this company being a big name in the fashion industry and the results for the financial year 2015-16 has been very encouraging to say the least. It reported revenue of 4.94 billion USD in 2015 and hence it might make sense to invest in the shares of the company.

Adidas – If you look up sites like CMC Markets and look for avenues to invest in the fashion industry, there is no doubt that Adidas is a name that will always come to the mind. It has ended the year 2015 with a turnover of Euro 14.49 billion. It also reported a net income of 0.80 billion Euro. The share of Adidas have been on the upswing for the entire 2016 and therefore investing in this German Multinational company will be a great idea, both from the medium and long term perspective.

Gucci – if somebody is on the lookout for a quality luxury brand apparel and fashion company, it can easily be said that Gucci is a name that is worth having a close look. This Italian multinational company has been doing reasonably well over the years and it has ended the year 2015 with a turnover of USD 4.3 billion. When it comes to unique and exotic leather goods it is one of the most sought after names. Hence, for those who wish to stay invested long term in a reputed and trustworthy name, Gucci is perhaps the right choice.

Polo Ralph Lauren – Known for its Polo Range of fashion apparels, garments and other accessories, there is no doubt that it is a great American Company which has a wonderful track record and history. It ended 2015 on a high note with a turnover of $7.45 billion and reported an operating income of $1.13 billion. It has a wide range of products which have international acceptance. Hence it would be better to invest in the scripts of Ralph Lauren because the medium and long term outlook is bullish.

Aeropostale – Though not in the same league as that of Nike or Adidas, there is no doubt that Aeropostale is a well known American shopping mall chain of stores. Basically strong in America, it has reported a turnover of around $1.13 billion dollars in 2015 and the year 2016 also looks pretty good. Its net income also increased to $205 million in 2015 and experts feel that it is a good share to invest with high growth possibilities.

Abercrombie & Fitch – It is a famous American company which focuses mainly on casual wear for young consumers. It has a strong worldwide presence and the year 2015 saw the company report a turnover of USD 3.52 billion with a net income of $35.58 million. It is a good company to stay invested in, both in the short term and medium term perspective.