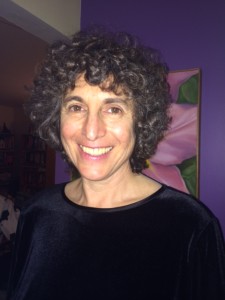 You know that one big hairy audacious dream you’ve been wanting to create since forever? That big mission you were meant to do in this lifetime? The success that other people seem to have that hasn’t yet waltzed into your life – no matter how long or how hard you’ve tried to create it? Yeah, that’s the dream I’m talking about.

If you are feeling discouraged or frustrated because other people seem to have all the magic happening for them, and no rabbit is jumping out of a hat for you, there might just be one teensy weensy thing that is preventing you from “having it all”.

Before you decide to spend the rest of your life making nests out of pencil shavings, I encourage you to try the following game with your friends. It just might bring you closer to your dream!

Pretend you are a dragon. You are guarding a treasure – in this case, let’s make it a shoe that is lying on the ground between your legs. Let your friends surround you in a circle. The object of this game is for one of your friends to grab that shoe. As you hover over the shoe, you can tag anyone who tries to snatch it. Any of your sneaky friends who you tag is instantly frozen in place. The winner is the one who can steal the “treasure”…um, shoe. The winner now becomes the next dragon and the game starts all over again. (This game is called, Smaug’s Jewels. It comes from the now-defunct, New Games Foundation.)

So, why am I having you play a game like this? I’ll tell you why…

One of the best life lessons I ever experienced came as a result of the day I first played this game. I positioned myself in the circle of children and adults. No matter the age or the size of the dragon, there seemed to be one little seven-year-old, who consistently emerged with that shoe in his hand. But how did he do it?

I wanted to understand how it was that, no matter the size of the dragon, the positioning of his opponents, or the quickness of anyone’s reflexes, this one boy kept coming up the winner. So, I decided to sit out the next game and observe his actions.

As I watched this child for a few games, the answer became clear. So I stepped back into the game again and copied what I’d observed – and the next two games, the shoe ended up in my hands!

The Secret to the Shoe Grabber’s Success

When the boy lunged for that shoe, here’s what I observed: He moved from stillness to lunging in one clean swoop. He held nothing back. Every bit of him went into that movement. As he made his move, there was no hesitation, no split second or afterthought before he lunged.

This seven-year-old taught me about what I’ve come to call, “The Hiccup of Hesitation,” which is that split second in which we have an opportunity to move forward and stretch beyond our comfort zone, but where we usually hesitate for even a micro-millisecond, or some other really, really small measure of time, because underneath it all, we are too afraid to create what it is we say we want or possess too many doubts that it will actually happen.

Here’s a great example: I wanted to be on Oprah, but underneath it all I was terrified of being in her presence. Oops! A hiccup. Meanwhile, Oprah didn’t call me. (P.S. I am not afraid to be on Ellen, so Ellen, you can call me!)

Here’s another example, let’s say you want to be in a relationship, but deep down you really don’t want to be hurt again, right? Oops! A hiccup. (Isn’t it funny that there are no available men or women left in your entire city? Where’d they all go?)

Or perhaps you’ve worked hard for that promotion, and you really, really, really want it. But it’s probably going to mean you’re going to have to give up your weekends. Oops! A hiccup. Someone else gets the promotion and you mope for weeks wondering why you weren’t chosen when you know you deserved it more than that other person.

The Hiccup of Hesitation is that milli-pause, unlike menopause, where some form of an underlying fear sabotages our ability to get what it is we say we want to create.

It’s easy to point to the actions of other people and to the outer circumstances of our lives and affix blame, but truthfully, it is our own hiccup of hesitation that is holding us back.

So, how do you “cure” this hiccup? Begin by noticing it. Notice what you say you want and then notice how you feel about what it is you say you want. If you experience a fearful little hiccup, get some help to do some inner healing. You can also play the dragon game. Get the feeling of “going for it” without hesitation in your body.

You can create your dream. Just put on your dragon suit and take off a shoe; the treasure is always in your own hands.

Randy Peyser is the CEO of Author One Stop.   www.AuthorOneStop.com She helps people find literary agents and publishers and edits and ghostwrites books. She is the author of Crappy to Happy and The Power of Miracle Thinking.