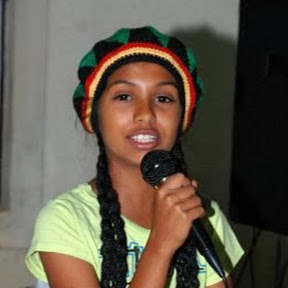 I stood in front of hundreds of people, worrying that the microphone would slip out of my sweaty hands. Suddenly, my throat swelled up, and my chest became heavy. I took a moment to reflect on how I’d ended up on this stage. This was different from anything I had done before.

For years, I had entertained my parents with stories from school and accents I picked up. My parents would hang on every word, laughing hard. Then they would invite me to perform in front of their friends. Embarrassed at first, I became more comfortable the more my audience laughed. Soon, I was making up stories on the spot, coming up with new ways to embellish and exaggerate to get people howling with laughter. Almost every week, I’d find a new family to entertain.

Watching YouTube videos inspired me to expand my audience to more than just my parents and their friends. So, I made my own videos. What began as my random ramblings in front of a camcorder in the living room grew into fully-scripted, elaborate videos. I spent hours recording and editing my creations before finally posting them online. As the views and positive comments rolled in, I felt a thrill of accomplishment; every time someone complimented me on my videos, my self-confidence soared higher and higher.

Public speaking wasn’t new to me. I felt comfortable talking in front of people during school presentations or theater performances. I’d danced in front of thousands of people many times before. I usually jump at the chance to make new friends, eagerly engaging people of all kinds in conversation wherever I go.

With hundreds of people staring at me, my head filled with doubts. What if they didn’t laugh? What if they hated me? I couldn’t re-record or go to my room. I had to be spontaneous and lively right now. I took a deep breath, wiped my hands, and just began talking. As the laughter heightened, my body loosened, my voice became louder, and I got sillier. It didn’t matter if someone didn’t laugh or if a joke didn’t work. It happens. I can never be perfect. But if I make even one person laugh, I know I have succeeded.

Being a comedian is a lot like being a scientist. I design jokes–my experiments–and test them, changing words and punchlines–the variables–when they don’t work. As a comedian, I spend months coming up with ten minutes of material. As a scientist, I wonder if I can design an computer algorithm that produces jokes to stimulate laughter for a target audience. I want to work at the intersection of the brain and computers, developing artificial intelligence to bring laughter to the world.

A major in neuroscience or computer science would allow me to turn my ideas into true inventions.

ABOUT THE AUTHOR:  Vidushi Somani is a high school senior in Silicon Valley.  She has her own Youtube channel with 80k views – https://www.youtube.com/channel/UC_P9-DU9KF4bLqlemA4kdEQ