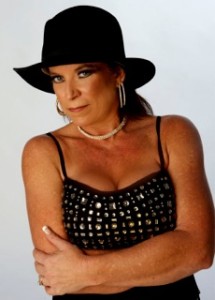 I recently got a divorce and have been reflecting on the last 15 years of my life.  I wanted to make the next 15 years better, more productive and I wanted to be smarter in my personal as well as business life!  I started to think about how I got into the industry I am in and why I fell in love with my work.  I think it is because the foundation of it all was helping people, something that is so much a part of my life especially today.  I am an avid community servant, have raised millions of dollars for women with breast cancer and severely abused children, have held a national beauty title and currently hold the title of Ms Texas 2013 to help raise more money for my organizations and finally I am an overachieving workaholic.  How did I get this way???

In January of 1996, I bought a small advertising business called ‘Colonial AD” where I designed and put coupons in video boxes at the local video stores. This was when they were still VHS, there were no DVD’s yet.  I had all 5 of the video stores signed up with me and it was going pretty well.  I had Burger King, Sonic, Pizza Hut, McDonalds, Shakey’s Pizza and several other major chains as well as a few nice local businesses that provided some good offers.  It was pretty cool to get your movies and also great deals on food.  All of my coupons were a buy one get one free deal on food. I was doing this in my spare time and I really decided I liked it. I started to think a lot about how to market different types of businesses and I fell in love with advertising.

In August of 1996, I bought my first PC and I decided to put coupons on the internet.  At the time I was proficient on an Apple as I was a paralegal for a large criminal defense firm and had not been on a PC yet.  I had also worked for American Airlines and was very proficient with the SABRE system, the 2nd largest computer system in the world, next to our military system.  I was completely excited with getting to discover a completely new computer system and jumped in.  I contacted a new company that had just opened and was providing internet in our area for the 1st time.  I partnered with them and they gave me internet service in exchange for putting their logo and link to their website on the front of my website.  I had no idea how to build a website at the time and I really didn’t know what the ‘world wide web’ was or how it worked.. I scheduled another meeting with the internet company and I arranged for the owner of the company, to give me private lessons on web page design every morning at 7am. I learned to program html in a matter of weeks.  It was funny, because I understood how everything worked very easily. I simply had to learn functions.  Computers and programming have always made perfect sense to me.  I never used a web page editing program such as Front Page.  I started with MS Note Pad on a blank page and hand coded everything from the very beginning.  I still do  however, I now use Edit Pad..

The first week of my lessons, I got a very simple and clean coded web site up.  I kept the name Colonial AD and my company was the first company worldwide to offer coupons on the internet. I also started the concept of ‘local search placement’ with these coupons.  I saw that localized marketing was the only way to help logically and relevantly categorize a company to place them on the search engines.  I put companies on ALL of the major search engines and directories according to industry and location.  At that time the ‘major search engines were: AOL, InfoSeek (which evolved into GO.com), Excite, Hotbot, Ask Jeeves, Dog Pile, Alta Vista. ASK, Lycos, Metacrawler, and All the Web.  Google officially arrived in 1998, bought out GO.com and it’s very large database and has changed searching online dramatically for the better. My company was grandfathered in with Google due to the fact that I had a lot of pages in the database, had properly categorized companies for inclusion, operated with ‘white hat’ techniques and helped keep their search engine relevant.  I have been a Google partner since they first arrived.

At this time, Yahoo was still only a very large directory and did not yet have a search engine until 2000.  They used the Google search engine until they launched their own in 2004. I used to sit up all night in the late 90’s and email back and forth with the creator of Yahoo, Jerry Yang and I learned SO MUCH about the industry, where it was going and how to properly program to make my pages load and function at top efficiency.  I credit Jerry with giving me the foundational information that I needed to become a power in the industry later in my career.

During this time our economy was crashing in the Texas Panhandle due to the fact that we got our first Wal-Mart.  In the first quarter of Wal-Mart being open, over 250 local businesses that were family owned and had been in business for 30-100 years went out of business.  My friend owned  the local newspaper and was so excited when Wal-Mart bought $150,000 per month in advertising for 3 months in his newspaper.  Once the 1st quarter was over, Wal-Mart pulled ALL of their advertising out of the paper and Brad had lost the majority of the local business due to the closings. He had to sell the newspaper his family had owned for over 50 years. Needless to say, our area was devastated by the arrival of Wal-Mart.

I decided to use my coupon program to try to help the companies that were left to stay in business.  I named my website “The Business Showcase of the Texas Panhandle” and hired 3 very intelligent sales guys and sent them to the 13 towns surrounding Amarillo. I told them to offer this for $15/mo and if they couldn’t afford it, to give it to them.  They immediately signed up 400 clients and I would estimate ½ of them I gave the advertising to for free.  I told them that it would help them and when they started seeing results, they could contact me and start paying.  Within 6 weeks, I had 400 paying clients.  Over 80% of my clients did not have a computer or the internet, but when I explained what I wanted to do for them, they knew that they needed something radical or they would be next to go under.  My sales people took a printout of the website and examples of coupons so they could see what they were getting. This is still funny to me.

I was also building websites for clients and that was so fun!  It was like playing a video game to me and I spent 18 hours a day, 7 days a week working on my business.  I took out ads in the Thrifty Nickel and put pages of these online coupons in it and advertised that shoppers could go online to my website and download and print these and many more coupons.  I also partnered with the billboard/bus bench company and put these coupons on billboards and bus benches all over the panhandle.  I was the only marketing company that was advertising websites and it was interesting that people were making fun of me, saying that the internet would never make it.  But I knew in my heart it would, and my heart is never wrong about business.

By 2000 I had changed my business name and expanded to the entire US with 2800 cities set up in my program that I could advertise a business in.  I started doing local, regional and national targeted marketing online.  I also started building a coupon and website creator program for my clients to be able to build and update their websites and coupons themselves.  I hired ‘programmers’ to help me build this program but I kept getting ripped off and lied to, so I got a Perl/CGI book, and I started learning on my own.  It took me 3 years to finish the program.

In Thanksgiving of 2003, I won the ‘2003-2004 Webmaster of the Year’ award for the entire world with this program.  When I got the phone call that I had won, I was out in my detached garage office working and started screaming hysterically.  My family thought that I was hurt or being attacked and came running out to help me. I was so freaked out I couldn’t tell them that I had won for about 3 minutes.  I can still see the looks on their faces and it still makes me laugh.  This was a huge accomplishment in my industry and I had I won using a very slow internet connection with 36.6 dialup modem.  This was pretty amazing in itself.  The next year we finally got DSL service in our area.

Since then I have used my online marketing techniques to advertise and grow thousands of local businesses.  I am very proud of the work I have done because not only did I do it successfully, but I helped lots of companies reach their goals and dreams, even in a down economy.  In Sept 2011 I divorced and turned my company over to my ex due to the fact that was the only way I was ever going to get him to show up in court and give me my freedom. It was devastating to me at first, and while I thought this would be the end of me, I am definitely a scrappy business woman!! One great thing about me is my tenacity and hardheadedness.  I have since started a new company and it is growing faster and better than I had anticipated.  My new company will definitely be the crown jewel in my career for the next phase of my life.

ABOUT THE AUTHOR:
Trinity Nicole Miller, President of Nicole Miller Marketing & Ms Texas American Renaissance 2013. I am an over achieving workaholic business woman and motivated beauty queen that has a intense passion for helping people.  I use everything I have in skills and talents to plant something good in the world around me.
Quote: You gain strength, courage and confidence by every experience in which you really stop to look fear in the face. You are able to say to yourself, ‘I have lived through this horror. I can take the next thing that comes along.’ You must do the thing you think you cannot do…..Eleanor Roosevelt