If you are planning to write an e-book for the first time, you need to make sure that you gather your ideas first. People don’t want to read disorganized thoughts or just simple rambling words that don’t make sense. Just because you are an expert in a specific area does not mean you can easily convey your thoughts. You have to tie those words together and arrange them first before people will appreciate what you have written. This will make your e-book more appealing.

Once you are done brainstorming and identifying what to put on the e-book, it is time to start writing. Make sure that you don’t just give information that people already know. Use your unique personal experiences to share with them something that they don’t know yet. This makes it easier for them to like the e-book.

Eventually, if you have succeeded in writing an e-book, you can come up with more e-books in the future and people will still buy what you offer. We have gathered the best tips for you through the image below so that you won’t have a hard time writing an e-book now. 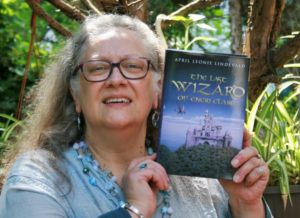 On the exact date of my 60th birthday, a time when others are winding their careers down and thinking about retirement, my first novel was published!  Self-published, to be accurate, but still, a physical  item in my hands, the culmination of eight years of loving labor, finally real, and beyond exciting.

I have always loved fiddling with words and telling stories, from the time I was very small, and scribbled, “The Misadventures of Lorelei,” about a very curious dachshund (loosely modelled on those in our household), with pictures to match.  But I also loved the stage, and so became a professional classical singer, performing, recording, and touring the world.  Whenever friends and family would tell me that I had a gift with language, and should try my hand at being an author, my standard answer was that I appreciated the compliment, but I had nothing important to say.

Eight years ago, I discovered I finally DID have something to say that wanted expression. I am an avid lover of the fantasy genre – books, movies, TV shows.  I love being transported to a far-away place and studying the complexities of human nature from a fresh perspective.  It concerened me that in almost all fantasy works, the good guys defeat the bad guys, sometimes through great sacrifice and strenuous effort.  BUT, ultimately they triumph by chopping the heads off of the bad guys, just as the other side would have done.  What, I thought, distinguishes them, then, from the other side?    Look around at our world!  What are we teaching the next generation?  That there is only one way to win the day?  That the only response to evil is a fist, or a sword…or a gun?  Don’t we believe that the values we say we cherish are enough to beat back darkness – faith, hope, love, creativity, intellect, resourcefulness, community —  in the final analysis, do we not trust them to carry any real power?

I asked myself, “What if there was a good adventure story where the good guys were not allowed to use violence and warfare to achieve their ends?  What would they do instead?  Could it at least provoke a new conversation about what we believe as a culture, and who we want to become as a people?

The moment I put pen to paper, the characters appeared and started dictating the book, beginning to end, in vivid detail. Whether one’s subconscious kicks in, or someone is really out there channeling through you, they were very real to me, and became friends that I could not wait to sneak off and spend time with.  I argued with them, and they told me to shut up and write what they told me.  They surprised me with events I had not planned.  And thank heavens, listening to interviews with successful authors convinced me that this is a common experience; I was not losing my marbles.

A year later it was done.  The next seven years were spent typing, revising, editing and polishing.  Every moment spent in that world was sheer joy for me.  Now it is time to share the results with the outside world.  “The Last Wizard of Eneri Clare” is an epic story about wounded and insecure people who have encountered life’s blows, but somehow manage to dig deep and find their inner courage.  They band together and form a community, pooling their strengths and talents to move forward.  There are many subplots embracing themes of second chances, redemption, compassion, forgiveness, and a healthy dose of humor too.  There are dragons, wizards, and water sprites, unicorns and talking beasts, a little romance and a healthy dose of magic along the way.  AND a pitched battle unlike any you have ever read about or seen before.

I hope you will give it a look!  The book is suitable for readers from age 13 up, and is available now in hardcover, softcover, and digital formats through Amazon.com, Barnes and Noble.com, and Bookstore.balboapress.com.  You can find out more about it on my website:   www.aprillindevald.com , or at facebook.com/lastwizard2016 .

And for those of you who may be approaching an end of some of the earlier chapters of your life, don’t let anyone ever tell you it’s too late for you to have something meaningful to say!

ABOUT THE AUTHOR:
APRIL L. LINDEVALD has led an adventurous life as a classically-trained singer, recording and touring with the Grammy Award-winning Gregg Smith Singers, and appearing for many years with the New York City Opera. She is also a busy intuitive counselor, and author of the popular column “Creating A Magical Life.” Additionally, she has released a CD of her original inspirational songs. April is a lifelong spiritual seeker. She resides on Long Island with her educator husband, Brian Abrams, and their dog-kids Max and Cookie.
Contact her at aprlsngs@optonline.net