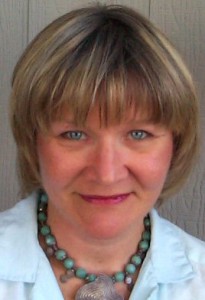 I spent many years of my career climbing the proverbial ladder in Corporate America. I did what I think is typical of so many women who want to succeed in their careers and be promoted into leadership positions. I looked at who was above me, modeled them, was mentored by them, and got promoted by them. The only problem was that these were always men. I was constantly trying to act less than myself and more like men, even if I would never admit this. Men were my only role models.

As they state, “There is a conventional wisdom that women and men are no different from each other, have the same aspirations, and are expected to achieve their goals in the same fashion.This is precisely why we are experiencing cultural breakdown today instead of the equality breakthroughs we expected by now.”

“Men and women belong to different species, and communication between them is a science still in its infancy.”
– Bill Cosby

As I do my work in many different organizations, I see that in chastising men for behaving as men, and trying to fix women to act less than themselves and more like men, we are perpetuating a cycle of miscommunication and misunderstanding.

We are not being authentic or honest to each other and more so, to ourselves. Annis and Grey bring an objective (as much as one can be objective) viewpoint into gender intelligence. They find women are not as content in today’s workplace as men are and that women feel valued differently then men. Women feel dismissed for their ideas and excluded from events and opportunities for advancement.

On the other hand, men are generally comfortable in corporate cultures. Their blind spot is not being aware of how their behavior in this primarily male-designed environment affects women. Women’s blind spot is in assuming men’s behaviors are intentional.

In a 2005-2011 Gender Survey by Barbara Annis & Associates they found some very interesting statistics:

WOW! These are not small percentage differences in culture.

I don’t offer any magical formula to fix this. I just know this needs to change as it is causing a lot of stress and unmanageability in the workplace which overflows into personal lives.

What I do offer is that it doesn’t have to be one side ‘versus’ the other. There are many ways to find the common ground and bridge these gender differences. We simply need to understand where the other gender places his or her greatest value and importance, and why.

“Our duty, as men and women, is to proceed as if limits to our ability did not exist. We are collaborators in creation.”
– Pierre Teilhard de Chardin

ABOUT THE AUTHOR:
Pat Obuchowski is the CEO (Chief Empowerment Officer) of inVisionaria. inVisionaria is a company devoted to  helping people and organizations find and achieve their vision and their voice. She works with individuals and organizations that are looking for structure, focus and accountability to set and achieve their goals. She also works with people who are ready to make big changes in the their businesses and their lives and step into the leaders they’ve been yearning to be. People who are ready, willing and able to begin playing their “bigger Game” No kidding. Right now.

The approach to achieve this and create this alliance is individually based and is designed between Pat and each of her clients. She is also a contributing author to “Scrappy Women in Business: Living Proof the bending the Rules Isn’t Breaking the Law.”