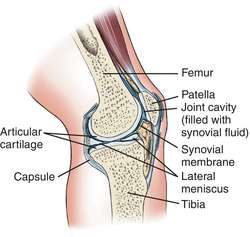 As a high school student, my preconceptions were that lab work only involved the wet-lab responsibilities of pipetting, centrifuging, and cell culture. But with hands-on lab experience, I soon realized that there is so much more that goes into a biological research project in order to make it both effective and applicable. With the intersection of biology, statistics, and computer science, the possibilities have expanded to include precise processing of information, changing the way in which we look at the human body and revolutionizing the field. Realizing that we are on the precipice of the new era of “big data,” I immersed myself in gene expression analysis as part of the biomedical research I undertook in the Lab of Orthopaedic Surgery at Stanford; I am eager to share my findings.

Almost 10% of the American population is plagued by osteoarthritis, the most common chronic degenerative condition affecting the joints.

In osteoarthritis, the cartilage that normally surrounds the ends of bones breaks down, creating increased friction between the bones in a joint, and resulting in swelling and extreme pain during movement. The problem remains that once osteoarthritis commences, the cartilage continues degenerating and inflammatory processes further damage the existing cartilage.

Unlike our skin, cartilage does not naturally regenerate and repair itself, making osteoarthritis a downward spiral of pain if left untreated. That is why an increasingly popular target of research is stem cell cartilage repair. While one option is to take neonatal chondrocytes (cartilage cells) and place them into the adult body, this form of stem cell cultivation is often considered unethical. However, if researchers can create induced pluripotent stem cells (iPSCs) and provide them with the proper transcriptional factors, cell culture, etc. to differentiate into chondrocytes in vitro, then these cells should be able to replenish the supply of damaged cartilage cells in vivo, acting as neonatal cartilage cells. Although many labs have established this procedure, nobody has perfected it to the point where the iPSCs would have sustained success in the body. The only way to do so is to gain more knowledge on exactly what makes each type of chondrocyte different from one another, and then study these variances to discover methods for improving existing forms of treatment.

With my project at Stanford, I was able to take a step towards answering this fundamental question. During the 10 weeks of my internship, I conducted a data analysis project on the microarray data from an ongoing project on chondrocyte differentiation at the lab. The goal was to denote significant differences and patterns in gene expression across neonatal, normal adult, iPSC, and osteoarthritic chondrocytes.

My first challenge was learning to use advanced gene expression softwares that I had never encountered before, such as dChip and MetaCore. And through this process, I realized there was so much more about the project that I had yet to learn, so I read as many articles as possible, scrounging for information that could help me tackle this process further.

After mastering the programs, I began making excel sheets that compared the data from different chondrocytes based off of fold change (a comparative measure) and probe set values (microarray data indicating levels of gene expression in a cell). Then, I created lists that denoted which genes were most heavily expressed in one chondrocyte, but under expressed in the other. Entering this information into a pathway analysis, I was able to visualize which kinds of genes made two chondrocytes different. To my surprise, I found that the difference between osteoarthritic and normal adult chondrocytes was that the cartilage cells plagued with osteoarthritis were actually expressing many of the genes that neonatal chondrocytes expressed. And through digging into this information, I landed on the very core problem of osteoarthritis: the remodeling of the extracellular matrix.

Essentially, each chondrocyte is in its own microenvironment that facilitates cell signaling and proper nourishment of the cells. As the cartilage begins to degenerate, inflammatory processes are a signal to the cell that something is wrong. In order to combat this issue, the chondrocyte begins changing the components of its extracellular matrix, the barrier that separates the cell from the outside environment. However, this changes the microenvironment within the cell, exacerbating the condition instead of helping. Perhaps suppressing the expression of some of the key genes involved in ECM remodeling, such as MMP2, would allow the cell to revert back to its original microenvironment, and even “reverse” osteoarthritis.

Although I thought I had found something original, my mentor informed me that this has been a target of research for quite some time–but nobody has been able to control or change ECM remodeling effectively. Still, I refused to be discouraged. With some more digging, I found that one of the genes highly expressed in osteoarthritic chondrocytes was a gene that was supposed to be suppressed completely 6 weeks after birth. And the only information about this gene is that it codes for opioid receptors, which manage pain perception in the brain.

Many studies had published this up-regulation of the “PENK” gene, yet none had actually explored its potential. But maybe the key was not reversing ECM remodeling or even trying to replenish damaged cartilage. I figured that the first step was to control pain and the progression of remodeling. After compiling all of the information I could find on PENK, I suggested that its high expression levels could be utilized as an internal mechanism for pain relief in osteoarthritic patients if the gene was expressed in the iPSC chondrocytes. Or maybe removing this gene would help cease ECM remodeling, prohibiting further cartilage degeneration.

While I had initially set out to make a revolutionary discovery in the field of osteoarthritis, I instead generated new ideas on how to tackle the problem, becoming proficient in terms and ideas that had never existed until the beginning of my summer. As I approach the next four years, I hope to continue my work on osteoarthritis and develop projects that can morph my the research proposals I made using microarray data into positive action.

But one of the most important things I learned throughout last summer was that past the contentment associated with making concrete discoveries, research provides the opportunity to expand the creative capacity of our minds, pushing us to think and plan in novel ways. Even after finding information there is always more to uncover, because regardless of your level of education or social status, research thrives on one leveling commonality. Everyone must keep exploring; there is always more to find.

ABOUT THE AUTHOR:
Isita Tripathi is a senior at a Bay Area High School. She worked as a student intern in the Lab of Orthopaedic Surgery at Stanford, where she has cultivated her passion for medical research. In addition to pursuing a career as a surgeon, Isita aspires to continue performing her flute and learning Spanish during her college years.