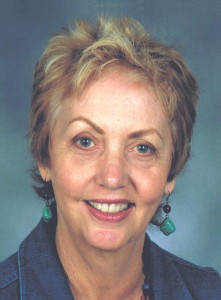 In the mid-seventies, my chubby, gruff, cigar-smoking sales manager, Bill, taught me the art of dealing with rejection—a lesson that’s helped me, and it can help you too whether you’re in sales and marketing, general business, or just plain life.

I was one of the first women in Texas, and most likely, one of the first in the country, to sell business equipment. I sold copiers! We were called sales ladies then. Some of the best advice Bill offered was if I spent too much time fretting over prospects who don’t buy, I wouldn’t have enough time to find those who would buy.

That lesson applies to any situation in 2013. SWSWSWSW: Some will, some won’t, so what? Someone (else) is waiting.

When I went into my own consulting and training business (me and everyone else), I learned the lesson all over again.

SWSWSWSW works in other areas too. Say you’re a fundraiser for a worthy cause, and you ask someone for a sizeable donation, but they say no. Remember, SOME WILL (donate), SOME WON’T (for a host of reasons), but SO WHAT? Losing time and energy worrying about it will not give you time to get to SOMEONE ELSE IS WAITING to give.

See how it works?

My daughter, a successful business owner in Dallas, understands SWSWSW. A single mother when she started her business, Julie had little choice but to keep on keeping on despite rejection. The SWSWSW approach helped her close deals and build financial strength for herself and her children. Had she stressed over the “NO’s”, she would have had to throw in the towel and return to the job market.

Speaking of the job search process, the SWSWSWSW strategy is highly effective here too. If one prospective employer turns you down, remember: Some Will (hire you), Some Won’t (you’re not quite the right fit), but So What? Some other company is waiting for your skills and talents, so keep on truckin’!

For the past two years I’ve searched for a medical professional who could tell me why I’ve been in pain. When I say I have seen every type of specialist there is, I mean it! Each time, the doc would say, “No, there’s nothing I can do for you.” Or, “See this other guy, it’s in his specialty.” Rejection time after time after time.

There were so many times I wanted to throw in the towel and take the well-meaning advice of friends and family—go on pain killers. There were times when I began to believe what several doctors said: there was nothing anyone could do for me and I’d have to live in pain for the rest of my life. But, Thank God I’ve had the support of an awesome good spouse who helped me fight the rejection and continue looking for answers.

At last I found a physical therapist that told me what had happened to my body to cause the pain and began treating me. After a month of treatments, my pain level went from a high of 10 to an average of 8, and then to a 4-5. If this is the most relief I ever get, it’s plenty good, but Beatrize and I are working to get it down much lower.

The next time you face rejection of any kind, try the SWSWSWSW approach. Some will accept you. Some won’t. So what? Someone else is waiting for you!

She is also an University Russian and English Instructor. The first female sales person of business equipment (copiers, etc) in Texas in the 1970’s.