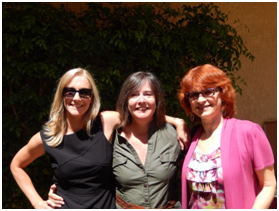 A Review of Sheryl Sandberg’s Lean In: Women, Work, and the Will to Lead.

“I am surprised how often we don’t ask the most basic questions – what do we want, what do we have to do to get it, and can we pay the price – in marriages, families and the workplace.” ~ Marc Lesser in Know Yourself, Forget Yourself

Personally, I find it extremely encouraging that the discussion about emancipation has restarted and is getting significant publicity. Partially, this is thanks to accomplished women like Sheryl Sandberg who have thrown their heads into the ring with books like Lean In: Women, Work, and the Will to Lead.

Interestingly, when I ask female friends if they have read Lean In, many of them respond that they don’t think they “need it”. They feel that they have things under control, are already strong, and can make it on their own. If this is true, why are less than 20% of women in leadership positions in Silicon Valley?

While I would consider myself a strong woman, I took away many good insights from the book, including tips on how to negotiate my salary, how to avoid blind spots as a manager, and why it is so important to lean in as a woman.  But I also enjoyed the tales about the early days at Google and the present day at Facebook.

While the book is, no doubt, also a PR vehicle for Ms. Sandberg, she appears to open up for the sake of giving other women courage. She confesses that she still sometimes feels like an impostor at work, worried that she might fail. Many women can relate to this feeling and might be surprised to hear that somebody at the top is not immune to it. The message here is: push through your fear. Or as they say “if it’s not scary it’s not brave”.

How has the discussion changed?

In the past, discussions about women’s equality often focused on what women did NOT have and how men were holding them back. This made the only obvious solution that men had to change.

In this new wave of women’s lib, the discussion has a stronger focus on what women CAN do to overcome the current inequality; what steps women CAN take to get what they want and deserve, despite existing obstacles.

Lean In, the much-discussed book by Facebook COO Sheryl Sandberg, is a brave and educated contribution to the gender equality discussion.  Ms. Sandberg has been most faulted by critics for focusing on well-educated women with high ambitions as opposed to women from all walks of life.  As her book fits into the genre of management and career advice, it’s not clear to me why she would be expected to write a book about society at large.

Yet, Ms. Sandberg, herself, preempts this criticism, in the chapter where she talks about the fact that women are expected to act “communal”, i.e. in the interest of all women and society, while the same expectation doesn’t generally exist for men.

She provides an intriguing example of a societal double standard for women from her time as a student at Harvard. When reviewing an HBR case study, half the class was made to believe the key player in the study was male, while half the class was told the protagonist was female.

The result was telling:  when the protagonist of the study was assumed to be male, he was commanded for his behavior. When the students assumed it was a woman, they disliked her and disapproved of many of her actions.

Ms. Sandberg makes the bold statement that the most important career choice for a woman is picking the right husband (or partner). Will the partner share housework, childcare, elderly care, and all other chores of daily life?  Having a job and children is a balancing act at the best of times, but staying at home, Ms. Sandberg says, carries a high career penalty. It can be difficult to get back into the game, and limit a woman’s ability to climb the corporate ladder.

Consequently, Ms. Sandberg advises women who are planning a family NOT to scale back too soon and NOT to tame their ambitions. Her rational is, that if women don’t pursue promotions or better job opportunities while they are getting ready for a life with children, the career penalty will be compounded.

Not only do many women get punished for taking a child break, says Ms. Sandberg, many already compromise their professional future even before they have to take time out, by cutting back prematurely. She recommends going as far as you can before the break.

I have discussed this advice with two career women who are planning to have children soon and only one of them agreed. The other, while she did not like her current job and saw no path for advancement, felt that she had “earned her stripes” at the company. Consequently, she would be able to juggle work and being a mom much more easily than if she had to prove herself all over again in a new environment.

Can we pay the price?

In conclusion, I enjoyed the book tremendously and recommend it highly. Yet, something about it does not sit well with me.

While Ms. Sandberg writes extensively about how she and her husband have created a supportive relationship where they share all responsibilities of daily life – and she freely admits that her resources afford her luxuries like housekeeping and child care that others might not have – something is missing.

Is this the message of the book?

To be a successful woman in corporate America, you have to give up time with your husband and time to take care of yourself?

Living in Silicon Valley, I see the rat race every day. Many people are asked to prioritize work over their private lives, while research clearly shows that human beings need breaks and diversions to achieve their full potential and creativity.

Ms. Sandberg is very clear in her book that she is not judging individual choices and  believes that every woman needs to decide for herself if she wants to be a stay-at-home mom or a career woman.

I want to be a high-achieving career woman who has a stimulating job that makes an impact and also have enough time to stay healthy and socialize. Some people tell me this is a pipe dream. I don’t want to believe it.

What price are you willing to pay?