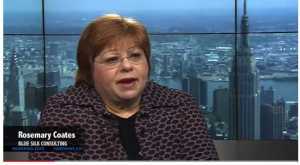 (Originally posted on Voice of America)

A key reason is that many U.S. companies have transferred their manufacturing to China, a process called offshore outsourcing, resulting in the loss of American jobs. But the tide could be turning.

“As China has built its industrial manufacturing base, it’s become very attractive, so not only is it less expensive to manufacture there, but all of your suppliers are there, the whole infrastructure is there,” said Rosemary Coates of Blue Silk Consulting, who has helped companies outsource. “But we’re seeing some reversal in that now. In the last year or two, there’s been a lot of attention paid to re-shoring. “

Re-shoring is bringing manufacturing and services back to the United States. Coates says the shopper plays a major role in where products are manufactured.

“The price of shoes may go up, in fact, if they are produced in the U.S. from U.S. products, but we expect to get most of the pricing back to within 10 to 15 percent of the international price,” Coates said. “So you have to make a decision as a consumer whether you want to pay the extra 10 to 15 percent to buy a product that is made here.”

Major American corporations like Apple, General Electric and Dell manufacture in China, but sell in the United States.  With U.S. unemployment at 6.7 percent, manufacturing and jobs are a political issue in Washington. But experts say there are also good business reasons to bring manufacturing back to the U.S. mainland.

“One of them is higher productivity of U.S. labor aided by advancements in computer technology,” said Natalia Levina of New York University. “Other reasons might be the need to keep inventory levels low [which] means that manufacturing has to be close to consumption.”

However, cheap labor in China and other countries is expected to continue to constrain re-shoring to the U.S. in the near term.

“It isn’t a matter of just chopping off production and bringing it back to the U.S.,” said Coates. “It’s really a thoughtful process of design, of automation, of innovation, and localization of the product and then being able to produce that for the local market.”

As imports from China continue to be unloaded on America’s docks, analysts say it will take business ingenuity to develop new products, new markets and new American jobs.

ABOUT Rosemary Coates:
Rosemary Coates is the Executive Director of the Reshoring Institute and the President of Blue Silk Consulting. She assists companies with global supply chain strategies and architectures.  She is passionate about bringing manufacturing back to America.