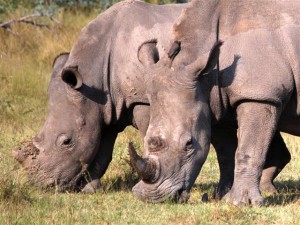 Dream of Africa while taking in the rich aroma of this sample from Eldette’s Scrappy Women in Business Chapter. – Kimberly

I live in Africa, but not in a mud hut as many people unfamiliar with Africa might imagine. I don’t have elephants or lions running around my garden. We have electricity and inflation, drive cars in traffic jams, and pay exorbitant amounts for petrol (gas, as you might call it elsewhere). All in all, as exotic as Africa sounds to some people, it’s pretty routine stuff.

We usually don’t have projects like the one I’m currently working on (and going to tell you the story of in this chapter), but this one takes the cake and is worth a rant. (It’s less costly than therapy!) But please don’t get the idea this is the norm in Africa, OK? This continent is too diverse to be summed up in anything as brief as a single chapter of a book anyway. I hope you’ll get some sense of my scrappy business world by taking this journey through one project from hell that summarizes so much of the worst and best of my business life experience.

After graduating at the age of 18 in 1979 from a snobby, academic, all girls’ high school in my native South Africa, I longed to study to become a lawyer. My Scottish father forbade it! According to him, I needed to go into the army and learn proper discipline, and he thought I was well-suited for this career as I had (and still have!) a voice like a sergeant major. He thought I’d be well served to go and study computers or engineering after that. Thanks, Dad.

Naturally I was determined not to follow his advice. But a little research surfaced the fact that I was, apparently, already too liberal to be an attorney. I realized that studying law would most likely lead me directly to being locked up in jail rather than keeping anyone out of it. Besides, I was told, “You are deeply misguided about what law is really about!”

On to the army. I walk with military purpose (not a catwalk model’s prance, to be sure), and have never been regarded as a shy, retiring person, so I would probably have fit into the army. I have the personality for it, too. In fact, I’ve heard people say they would rather drop a heavy lead weight from a dizzying height onto their foot than confront me; my projected confidence level is rather high. But I was still determined not to listen to my dear old dad. So to punish him (yep, daft thoughts!), I went to work at a butchery with fancy, up-market deli outlets. (I can carve a mean roast!)

Carving meat wasn’t all it was cracked up to be. Although I’d taken the deli job to get back at my dad, I resigned soon after to leave South Africa and travel through Europe because I realized that I was the only one suffering! For many months I lived in trains and train stations, worked as a domestic maid, became a companion to a dear, wise old lady, and briefly held other enterprising jobs—hoping my father would relent (he didn’t).

After I returned home, my remarkable mom negotiated a deal with my dad where I could attend a particularly conservative university studying in Afrikaans (my second language, a Dutch/German derivative) for a degree in commerce, an activity which lasted all of one year. At the end of the year we—the university and I, that is—realized we were not of similar mindsets, so I transferred to a technical university and completed a marketing diploma instead.

During my three years of marketing study, I worked as a flambé waitress and cooked yummy food at the guests’ tables (can still prepare mouth watering meals, as well as carving a roast), and doubled as a barman (I know when you’ve had too much to drink, even if you don’t!)—basically, anything legal that paid my bills.

After graduation, I joined a computer company in a marketing role and found my passion—computers. I’ve never stopped learning, experimenting and growing since. In the 25 years I’ve been in the IT industry, I have built servers and networks, designed and tested applications, and consulted—all of this in a variety of niche markets. I have also done loads of application implementations and ERP suites in a number of vertical markets throughout Africa. I never explicitly studied computers, but because this interested me I’ve spent 25 years learning on the job and late at night with the hounds of hell chomping at my butt. I’ve enjoyed every moment of this because it was so darn fascinating and intriguing.

It’s Tough to Do Your Job While Holding Your Nose

I recently completed one of the toughest projects of my life, one that caused me to come close to losing my marbles. This experience has packed a lifetime of lessons into a very short time span. What I’ve learned to date will serve me well for the rest of my long and scrappy life, and perhaps will be useful guides along your journey as well:

– If you are held accountable but don’t have authority, walk out

– If you don’t walk out, find the person who does have authority and insist that they take responsibility. Don’t view this as being powerless or as a compromise of your own personal authority. It’s simply an organizational dysfunction beyond your control. But, with the right person at your side, it’s not beyond your influence. (Also, find a good counselor. You may not think you can this time, but next time buckets of self-love will show you can walk out and survive!)

– If the performance of any team member is not up to muster, raise the issue immediately to their attention. Raise it repeatedly and in the right forums and in a manner that you can prove irrefutably. Protecting nice but incapable people is no favor to anyone.

– Never compromise your calculated analysis or gut feel. If you are measured by it, stick with your gut!

– People scared to tell the truth in the first place will be terrified when they are forced to admit this later and will look for someone else to blame. Watch your back and have your backup plan ready!

– Don’t trust anyone else to deliver bad news. Do it yourself. You know what the real deal is and will speak with conviction. Senior people seem to have an aversion to proper “truth-speaking.”

– Corporate due prudence and wise business speak is often considered dishonest by people on the receiving end. No, it’s not acceptable behavior. Avoid it like the plague!

– Never for one nanosecond compromise any sensible business or project management principals. If you do, you will lose your self-worth, you will forever be seen as a “cretinous git” or a puppet or both, and you will lose all credibility.

– If you land in a horrible business or project situation, the only way to recover is to apologize unreservedly. If the client is gracious enough to permit it, state your firm beliefs, and then show the details of your plan to make it right. Finally, make a clear commitment based on under-promising and over-delivering, remaining transparent in the extreme at every turn.

– If a team has never had exposure to any good business or project management practices or methodologies, first pray, then tell them without a doubt what you expect of them and what they can expect from you. Once you have set these expectations, show the team how commitment works by putting yourself first in the firing line—always.

– If you expect your team to work ungawdly hours, work with them, know what they are doing, ask questions, get involved, and become as tired as they are. Nothing else (other than pizza and sweet stuff) will endear you quicker than suffering with them when suffering is called for.

– Everyone must be driven and measured by the same financial outcomes for true cooperation to exist.

– Know and believe in your own self-worth. If you know this, you can’t be flattered into an invidious position or fall for the ego-stroking approval trap from which you cannot easily extricate yourself. There are some challenges in life to which one can simply say, “No, thank you!”

P.S. If you see some marbles rolling past your desk, those would be mine. Please collect them for me and post them back at your earliest convenience!