I grew up in suburban Washington State, in a 1960s rambler on a quiet cul-de-sac. My dad had the same job for thirty years and my mom worked part time at an elementary school.  Life was about family and church.  It was quiet, just like my street.  Every woman in my family circle was either a stay at home mom or worked with children.  None of them I knew had a college education, traveled or had life outside of the safety net of ten miles.  They seemed to enjoy themselves and you would think that I would have been excited to fall into the same lifestyle.  The problem is I was not.  From my earliest memories I knew I wanted something different.  It came from deep inside me and could not be shaken.

As I grew older I became more aware of the family legacy I was born into.  My Dad’s family lived in Chicago and I would see my Grandmother a couple times a year on a good year.  When we were together we spent much of that time learning about each other, as you often do when spending so much time apart.  It was in these conversations that I realized what an amazing woman she is.  My Grandmother, Mrs. Virginia Wood, is 98 and has lived what I call an extraordinary life.  If you ask her she will say that she did not do anything out of the ordinary, she just did what she wanted to.  Well Grandma let me be clear – being a woman and doing what you want to in spite of cultural norms and pressure is extraordinary!  Not because women are incapable but because too often we refuse to fight.  I think that is what being a Scrappy Woman is all about, having dreams and being willing to go out and fight for them.

My Grandma was the fist woman admitted into the YMCA college in Chicago. They admitted her not because they wanted women but because they were broke.  It was during the depression and they needed money.  Women were more than happy to rescue them because it meant they could get a good education, not at a school designed to teach them home economics, but somewhere that men had been going for decades to expand their mind rather than their wardrobe.  Not only did she go to college and get her BA, she received her Masters in Education as well.  She was not content to do the minimum.  She wanted to be in education, and was willing to buck the trends to become the best and most educated teacher she could be.  Grandma did not get her masters in a standard female field either – her degree is in Physical Education.

She was a woman with dreams and goals no different than her male counterparts.  If she wanted to do something she would, plain and simple.  After graduating she worked at the YMCA teaching a variety of physical education classes.  It was here that she met my Grandfather.  They were married in her late 30s and she had two boys, one at the age of 38 and one at 40.  In a day and age where her female acquaintances typically got married and had children right after high school she bucked the system and really was not worried about it.  She figured she would get married and have kids if and when she wanted to.  It worked out for Grandma, and they were all very happy.

After taking a couple years off and working part time my Grandma went to work for the Chicago school system.  Grandma always believed in equality and applied those beliefs to her time in the Chicago Public Schools.  She implemented some of the first sports programs for women within the schools because if guys could play women could, too!  She did not tolerate any of the excuses and worked unceasingly until girls were participating in sports just like their male school mates.  When the Civil Rights movement took place my Grandma did not see why white people were even having issues.  Some of her closest friends had been black teachers for years and they were always over at the house.  What was the problem?  She still cannot understand to this day, and when they started bussing students in order to integrate the school she only saw new students to teach not a hotbed issue that was stirring the country.  Her approach is what I call true equality.  She did not see the difference between boys and girls, men and women, or people of color.  We are all the same, with the same abilities and opportunities.  We just have to decide what we want and go for it.

My Grandma probably got a lot of her beliefs from her mother.  I do not know a ton about my Great Grandmother but I do know that she grew up in a small farming community and was a Suffragette.  She worked in her community to ensure that women had the right to vote.  Believing that women’s voices needed to be heard she garnered support and was not satisfied until women had the same rights as men at the voting booth.

I too am a trailblazer in my family.  After getting married young and having children I tried a version of the suburban life I grew up knowing so well.  I bought a house, entered the corporate world, and went about building a career.  The problem is it did not feel right.  The burning desire I had to do something more was still there.  I thought a corporate career would be more satisfying since I was working outside of the home, but it was not.  I still felt stifled and unable to use my creative talents.  I needed to find an outlet for my passion, so I opened my own business.  I started by focusing on providing financial services and consulting because it was an easy transition from what I was doing in the corporate world.  It took focus, drive and effort but I enjoyed it for a season and made good money, so in theory I achieved what I wanted.  Wrong!  This was not enough either.

I used that experience to expand into multiple businesses locally and internationally.  I realized that it is the pursuit of knowledge and experiences that drive me forward.  I do not ever want to stay in one place, doing the same thing day after day, because I want to learn more.  When I was younger I thought it was mostly financially motivated, but after achieving success I realized it was not.  At my core I have the knowledge that there is a big world out there and I want to be part of it.  I thrive when challenged with a new company or project, when conducting business in a new country and meeting new people.  Perhaps I was born to be an explorer, carving out paths as I go.   This mindset applies to everything I do.  I own several companies, sit on the board of non-profits, and like to consult as well.  This allows me to apply my creativity and strength to solving various business challenges throughout a variety of industries and with exceptional leaders.

I look at my Grandma and Great Grandma with awe.  The knowledge that I am part of this family legacy gives me strength and courage to go on when I feel worn down and tired.  Lets be real, you do not start a business (or multiple businesses) without working hard and getting tired at times.  Owning a company is not daisies and roses.  It is challenging, and there will be failures along with success.  It requires having the perspective that our goals are achieved by small victories over time, and the obstacles in the way today can be pushed through tomorrow.  My Grandma won’t talk about the struggles she experienced on her way to achieve her goals and to make the difference that she did (believe me I have tried to pull it out of her!).  I doubt her mother would have either.  They just put their heads down and kept going.  In the most humbling of moments my Grandma told me that I was braver than she was since I was willing to start my own business and work internationally she viewed me as brave.  I do not feel as though I am worthy of such praise from a woman like that.  I just think in my own way I am being like her, putting my head down and going after my dreams. Thanks, Grandma! 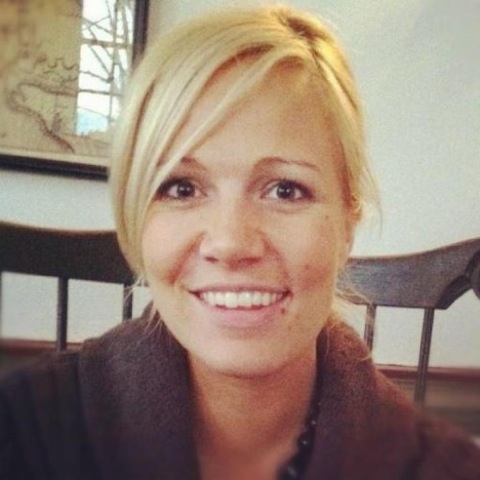