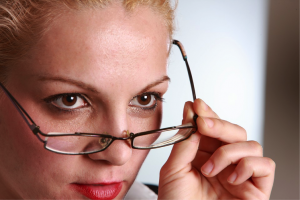 There was a time when women were called the “weaker sex” or the “fairer sex,” both implying that she was too weak to do much about defending herself if the need should arise.

Things have changed greatly in the past few decades and women are now better armed than many men and can fend for themselves with the right set of ‘tools.’ If you are a woman in business, chances are at some point in your career some ill-advised robber will try to attack you for perceived money or goods they think you might be carrying. Why not focus on learning the totally legal art of self-defense?

Not that you will always have the opportunity to dial 911, but you should always carry a cell phone when out and about. Speed dial is a great way to reach someone who can listen in on what is being said and if you are savvy enough, you can mention where you are when speaking with the person trying to attack or rob you. Any trained dispatcher knows the sounds of distress and can dispatch an officer or two before that other person is even aware of the fact you have a phone.

These have been the two defensive weapons of choice for women for a very long time. Unfortunately, you need to be close enough and quick enough to get off that first squirt of pepper spray or mace before your attacker understands what you are about. If you are going to use a spray, get a high quality one that is easy to use without all those extra steps necessary to unlock and activate it! Strength is also important so get the strongest, most potent spray on the market.

You would actually be surprised at just how many women are legally carrying concealed weapons. In states where this is legal, we are seeing a growing number of professional women registering with the state, taking the sometimes extremely intense exam and then carrying a revolver of some sort once they’ve been licensed to do so. To say that women are packing is an understatement. They are not only carrying a concealed weapon but have been trained to use it and will show no fear when confronted by a creep who thinks to get one up on her. Gone are the days when women went to girly spas practicing judo or karate as their main source of defense.

Yes, women are still taking those classes but many are now learning in a co-ed setting where they actually get to spar with male ‘opponents.’ It is always good to learn defensive moves but many would be attackers are also well versed in the martial arts. If you are often alone while conducting business on the road, it pays to be familiar with multiple forms of self-defense and to be proficient in legal ways to bring an assailant down. From guns to knives and sprays, always check your state laws before choosing your weapon of choice. But no matter what, do choose one that works for you and will keep you safe from would-be assailants.