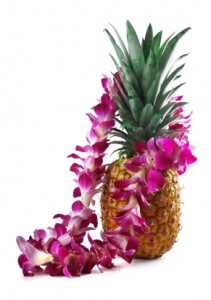 Wake up and smell the tropical breezes and taste the fruits of this sample from Terrie’s chapter in Scrappy Women in Business! – Kimberly

Did you know that if you grow up in Switzerland you have to choose your profession while you’re in high school? Only about 20% of the population continues on to the university level, and the remainder attends vocational school. If you want to change later, it’s almost impossible—not because you don’t have the potential or desire, but because change is slow in a country that has been around for a long, long, long time.

I would die in an environment like that! With the ever-changing economic environment, I’ve reinvented and refocused myself more than a few times, starting with my first year in college, and continuing the routine right up to the present. Yes, incredibly, I’m going through a transition yet again—right now—from a seasoned manager of multi-million dollar high-tech programs to a leadership educator and catalyst (and that’s just one possibility I’m considering). How did a mechanical engineer with a Master’s degree in systems engineering end up as a program manager working in Silicon Valley, a software geek’s heaven? Let’s start from the beginning … in the warm, balmy breezes of beautiful Hawaii. Can’t you just hear the ukuleles strumming in the distance?

Memories of a Displaced Hawaiian

My family delighted in telling stories of the blossoming of my organizational and leadership abilities in my childhood. I would tell my grandparents where to sit at the table when we had dinner. (Fortunately, they thought it was cute.) My ability to read maps was honed by guiding my mother through streets outside of Honolulu, although I could barely see over the dashboard at the time! My grandmother frequently reminded me “You are so bossy!” so it seems that I had the ability to lead early in life.

And if anyone happened to venture into my bedroom, they would have noticed something unusual for a child my age: clothes hung up and everything in its place. Not obsessively, but easily accessible. Clutter makes me nuts! So there is evidence that the organization gene was also in place way back then.

As far back as I remember my family expected me to finish college and get a good job as a doctor, lawyer, or some other respectable professional. Being an independent person, I rejected these ideas outright. Who were they kidding?!! I was this bossy kid, and wanted to define my future, knowing that it would somehow involve math and science. Those classes were interesting and I did well in them, although I thought art, music and philosophy were fun, too. When it came to toys, I favored the Air France model airplane my father gave me and the toy robot from Japan. Sure, dolls were cute, but they really didn’t do anything except look pretty on the shelf. I had more fun building Barbie’s dollhouse than drinking pretend tea. I would rather play with my race car set in the living room!

When I started at the University of Hawaii, my classes were a collection something like this: Advanced Calculus, Accounting, Medical Technology, Art, Psychology, Chemistry, Programming, World History, etc. It took a couple of semesters to decide to focus on computer science. Handheld calculators were just becoming prevalent, mercifully pushing slide rules into oblivion, and the power of computing seemed to me to have infinite possibilities! Now that my career was decided, it was time to leave Hawaii.

Everyone asks how I could leave such a beautiful place. It was wonderful when I was growing up, but it was time to leave “the nest” and explore the rest of the world. And explore the world I did, enjoying a rather turbulent ride through some of my career.

Now, everything I’ve accomplished may have been accomplished by following all the rules, but I knew there was a better way. Frequently, in order to get anything done in a timely manner, I found it was worthwhile to study the current process, figure out what could be done to improve it, and then convince people to use my ideas instead of falling into the temptation of doing things the same old way. Whether it was a multi-million dollar proposal approval or a straightforward risk mitigation plan, my approach was to ask everyone involved in the process for their ideas to make their job easier. Pulling these ideas together, aligning them with the current company goals, and defining the new way of doing things made it possible to get the support of the appropriate management types.

But I’m not always that diplomatic … or patient! There were other times that I simply implemented the change without asking for “permission.” That was much faster, but not without a certain level of consequences. Starting the first Statistical Process Control (SPC) initiative (closely related to “Six Sigma” methods) in my division of Boeing by creating cross-functional teams that addressed product and process issues was one of those occasions. I really didn’t have the support of the manufacturing manager when the first team was started. But I knew that the idea was sound, had been successful in other companies, and would reduce costs by improving the product. Looking back now I can clearly see that having his support would have helped with the management alignment that is considered so critical these days. But, hey, I just did it. And, fortunately for me, it worked.

Over the course of my career, the decision to take action was usually based on what I thought was the right thing to do for the people involved in the context of the business environment at the time. “What is needed to make these people’s jobs easier, faster, and more interesting?” I’d ask myself. I believed having that focus would help to get them on board. And I knew that they would know more than I would about the changes needed and, if I could just get them to share their ideas with me, I knew I could help them. It’s a win-win for everyone! Sometimes the ideas were, shall we say, very creative (a nice way of saying “wild and crazy”), but most of the time they made sense. I’ve found that people often have ideas about how to do their jobs better, but they seem to be waiting for someone to invite them to take action. I’m always happy to extend that invitation and support them.

Someone Must Have Said This to Me Sometime …

Uncovering the layers of my life experience by writing this chapter has helped me distill some insights that may be helpful to you. I know I have heard this wisdom from numerous sources, but I have not really understood the significance of these principles until recently.

“If you don’t know where you’re going, any path will get you there.” Set a goal and go for it! It doesn’t have to be a lifelong goal; it can be something on the horizon in the next three months. Having a goal comes from knowing what you want, which is partially based on the next principle.

Know what you value. Honesty, integrity, relationships, money? I have 15 values that I’ve used to guide me over the course of my life, and a “top 5” that I’m currently using. These top 5 change over time, but the list of 15 stays constant. Do you know your top 15 values? It’s worth taking time to mull this over and make your values list.

Know who you are. Patient, quiet, boisterous, introverted, analytical? There are numerous psychological assessments available that can provide insights. Many are free. Good friends can also be a helpful mirror for you if you ask. Just be sure you’re ready to hear their opinions before you ask! Then ask yourself if this is who you want to be. If not, define a plan to change and become the kind of person you do want to be.

It’s your life and therefore it’s always your choice. Be responsible for your decisions. Don’t give away your power. Know that you always have a choice of what you do, how you feel, and how you behave.

Lastly, what’s your mission? An insightful comment from Keith Ferazzi’s book Never Eat Alone was that people basically have one of three missions: making money, changing the world, or finding love. My mission is changing the world. Knowing my mission helps me align my goals with my values, and my daily activities to what I consider “success” and personal satisfaction.

What more could you want?